•Born on December 15, 1963. Passed B.A. and LL.B. Examination from the University of Calcutta. Did a Certificate Course on "Office Automation Tools" under the Computer Education Programme of Regional Computer Centre, Calcutta.
•Was enrolled as an Advocate on July 21, 1989. Practised in the High Court at Calcutta as well as the Supreme Court of India. Also appeared before CESTAT, Eastern Regional Bench.
•Practised in Constitutional (Customs & Central Excise, FERA, Telecommunication, Education, Service & Income Tax), Arbitration, Company, Revenue, Civil and Criminal matters. Specialised in Revenue, Arbitration and Constitutional Laws.
• Was a Senior Counsel for the Central Government in the High Court at Calcutta. Was also the Hony. Joint Secretary of the Bar Library Club of Calcutta High Court, till just prior to his elevation.
• Was elevated to the Bench of the High Court at Calcutta as a permanent Judge on June 22, 2006. Was appointed as the Executive Chairman of the State Legal Services Authority, West Bengal, by the Governor of West Bengal, vide notification dated November 5, 2018.
• Appointed as Judge-in-Charge, Administrative Department, High Court at Calcutta, to discharge the functions assigned under the Appellate Side Rules of the High Court at Calcutta, with effect from November 19, 2018.
• Was the Acting Chief Justice from January 1, 2019 till April 3, 2019.
• Assumed charge as Judge of Allahabad High Court on and from October 17, 2019.
• Elevated to the office of the Chief Justice of Meghalaya High Court on April 27, 2020 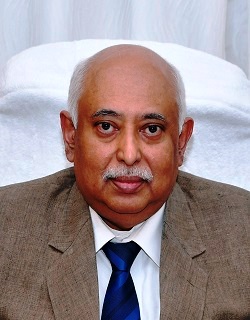