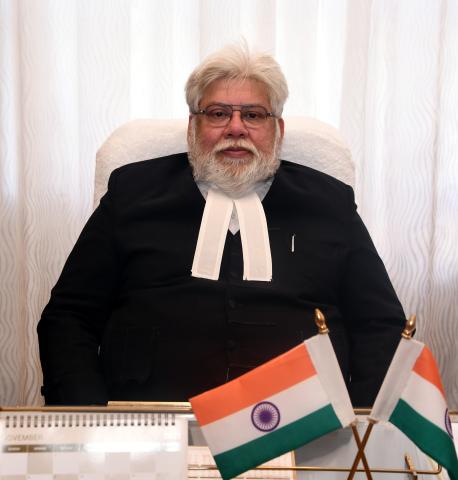 Born on November 2, 1961. Studied in St. Xavier’s Collegiate School, Calcutta and St. Paul’s School, Darjeeling. Passed B.Sc. with Honours in Economics in the year 1983 and LL.B. in the year 1986-87 – both from the University of Calcutta. Was enrolled as Advocate on November 21, 1990. Practised principally in the High Court at Calcutta as well as in the Supreme Court of India, other High Courts and Tribunals, primarily in Civil, Company, Arbitration and Constitutional Law branches. Specialised in Corporate and Intellectual Property Laws matters. Was elevated to the Bench of the High Court at Calcutta as a permanent Judge on June 22, 2006. Has delivered judgments in matters encompassing almost all branches including important public interest litigations. Appointed as Chief Justice of the Madras High Court vide Notification No. K. 13026/04/2020-US.I Government of India, Ministry of Law and Justice (Department of Justice) and assumed the office of Chief Justice of Madras High Court on January 4, 2021. His Lordship was transferred and took oath as Chief Justice of the High Court of Meghalaya on November 24, 2021.